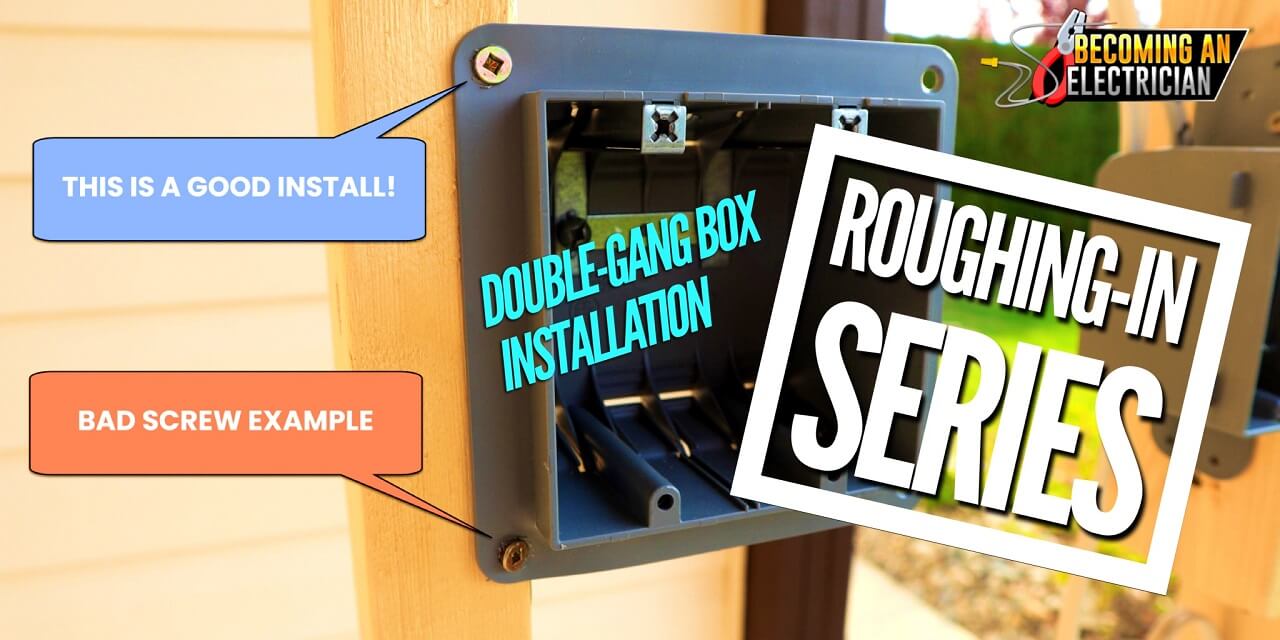 We install double gangs the same way we install a single gang electrical box, except we add two screws to the front of a two gang box (making sure these front screws are flush to allow for a good drywall installation).

This article is from my electrical rough-in series!

What is a Double Gang Box?

In a wood frame setting it’s best to use plastic boxes, as connectors are not needed to insert wires into the box, which saves a lot of money on big jobs!

Plastic boxes are also more affordable than metal boxes, and they aren’t as sharp when it comes to your hands 🙂

A two gang box has two spaces for electrical devices. You can install 1 plug and 1 switch, or 2 switches, or 2 plugs!

If you need lots of power, you can run two homerun circuits from the same panel! Make sure you don’t splice the wires together from different circuits (unless sharing a neutral).

If you need to run a phone or cable line, that will have to be in a separate box, as you cannot mix low voltage (120V) and extra-low-voltage (ethernet, tv, phone, etc) in the same box!

Installing a two-gang electrical box is really easy, and provides one of the strongest holds out of all electrical boxes (if installed properly!)

After finding above finished floor (A.F.F.), and measuring top of box, the first screw I like to install is the one closest on the top ear tab:

We put 4 screws into a double gang box:

On single gang boxes, use the closest screw hole for a strong install (especially with plugs), however, double-gang boxes don’t matter because its two front screws hold it firmly!

Step #2: Put a screw in the bottom ear tab (whatever one is easiest to see so you don’t have to bend over so far.. if you’re boxing all day, this protects your body!)

Step #3: Push the box tight against the stud, then install the 2 front screws flush!

Examples of Good and Bad Installs of a Double Gang Box

The main takeaway is making sure the front screws are flush. If they aren’t, drywall can break, or worse, not allow cover plates to go on flush in finishing.

Take pride in your work, and make sure the front screws are screwed in properly.

It helps all trades that have to work in this area.. which includes drywallers, tapers, painters, and YOU AS THE ELECTRICIAN.

Why a Double Gang Plastic Box is My Favorite Box!

I really like how plastic boxes don’t cut your fingers and knuckles like metal boxes do when cutting-in wires, splicing, and tucking wires in the box.

Also, a double-gang box has lots of space, allowing you to neatly organize your wires without having to be perfect like a single gang box.

A couple things to mention before closing out..

Double-gang boxes do not need to be be supported on 2 sides like a three-gang electrical box.

The next thing to talk about is SCREW HOLE HEIGHT.

If you install boxes close to each other, you NEED to make sure box heights are within a 1/16″.. otherwise it will be very noticable, especially if groutlines are present with kitchen backsplash!

You can learn more with before mounting boxes, and installing a single gang box.

Don’t miss my ROUGHING-IN SERIES for how to rough-in as an electrician! 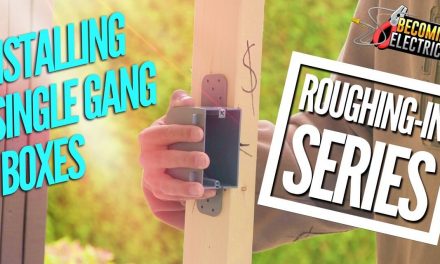 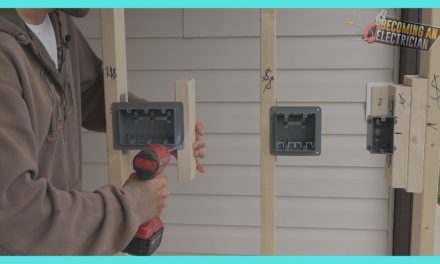