What are Site Specs + Data Sheets?

In my opinion, site specs and data sheets are kind of a ‘hidden knowledge’ aspect of the job.

Depending on the foreman you have on your site, I’ve experienced the following situations:

If you find a boss that is open to sharing this info with you, make sure you ask questions and show up early because this stuff typically gets talked about in the good-morning talks before work. (It’s honestly rare to have someone want to teach you, and many times it’s those people who will have a career-changing moment for the rest of your life.)

As previously discussed in another article, when we look at a certain light on our prints, there is also a designation which tells us what type of light is to be installed there. (This is not to be confused with the circuit number!)

For example, let’s say above the light on our prints it reads LD1.

But.. how do we really know what LD1 is?

As I was apprenticing, my bosses would many times tell me, “Oh, that’s a 6″ potlight”. But when looking at the prints, you’d have no idea the type of light or size of the potlight.

So to find your answer to this LD1 question, you’d have to look at the job’s data sheets. When looking at a light on the prints, you will be given a designation, in our case LD1. We can then look at the data sheets and find LD1; that will be the exact type of light to install and all the specs about it!

If you haven’t had the experience of being introduced to data sheets, you’re really going to have your eyes opened! That’s because data sheets just don’t contain electrical-related stuff, I’ve seen the job’s towel racks to be installed in the bathrooms, the bath fans, fridges, stoves, microwaves, and yes, the exact lights you’ll be installing inside these data sheets, for instance.

From my experience, every new commercial job is given a binder which contains all the specifications on the types of materials/products to be installed. (Both electrical products as well as other trades, too!)

These data sheets typically stay in a binder in your foreman’s office, so if you’re ever unsure on the type of light you’re installing or you need to know something specific about it, that’s the book you go to.

Depending on your foreman, they may be the type where they like you to ask them first, then you can look at the data sheets together. (This is honestly a good approach because you can bounce ideas off each other and not make a silly mistake by assuming something.)

You will also see your project manager sign-off on all the material related to your company. (As you can see in my image above, I put approved! on the data sheet lol).

The process to find your information would go as follows:

Why is Taking the Time to Look at the Site Specs Important?

Every job is different, so your specs will change on every job. This is why it’s crucial to read and thoroughly understand your site specs.

Here’s a little rant that I feel is worth sharing:

I like to say electrical is 90% planning; the other 10% is the actual work you do.

Over my years, I’ve come to the conclusion that my pet peeve on a job site is doing the same task twice.

For example, your boss assigns you a task and either that same day, or later in the week, you have to go back and fix or remove something.

Why this annoys me is most of these little errors can easily be avoided by taking the time out and reading over your different prints and site specs available to you.

I’ve found a lot of my foremen over the years have had the mindset of, “As long as we’re working, we’re getting things done”.

But do you know how many times I’ve had to go back and fix something because someone forgot to check the architectural prints for a drop-ceiling or incorrect mounting height?

Typically, it’s faster to do the job once than having to go back multiple times to complete the task, even if it takes you a little bit slower the first time because of your planning and due diligence.

Believe me, haha – it’s happened countless times to me.

With that said, I can now tell you about the site’s specifications.

Depending on the engineer your job site has, these specifications may differ a little bit, but the general idea is the same.

Your foreman will be emailed + printed a copy of the site’s specifications.

These site specs describe EVERYTHING pertaining to your job which may include mounting heights, types of boxes, colors of plugs/switches, or being certain distances away from things.

This content is super dry to read, but I’ll tell you, if you over look these site specs, and you get caught, this could get your heart pumping really fast if the job is close to handing over to the client.

Here’s a real-world example I’ve experienced to give you an idea:

I was on one job site where it said in the specs they wanted everything run in conduit. The roof had trusses (made of wood), so those in charge assumed it could be run in NMD.

After pulling our circuits in NMD, the painters came after us and painted the walls and ceiling white so everything was complete.

It turns out someone noticed the NMD and asked, “Why isn’t this run in conduit. It said so in the specs?”.

This type of error could make your foreman and project manager’s jaw drop, because sometimes these jobs are priced very tightly and a mistake like this can be a stressful moment.

The job actually worked out and they accepted the NMD wire. (Could you imagine if they would of made us take down all the wire and install conduit and pull new wire? In addition to the new material and labour hours, the ceiling would of had to be painted again to make our pipe blend in with the white painted roof.)

So that’s why it’s so important for who ever is in charge of looking over your prints to really take the time out and read the site specs and other prints given to them. 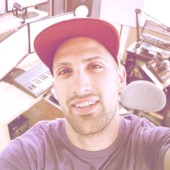 Don’t Layout Your Kitchen Without the Millwork Drawings